A Returner’s Magic Should Be Special Wiki
Register
Don't have an account?
Sign In
Advertisement
in: Characters, Human, Male,
and 2 more

Zod Exarion is the Master of the Tower of Magic and the only Seventh-Circle magician in existence.

Zod Exarion was one of the 100 people who fought against Bhromier Napolitan and one of the six who survived the battle.

Despite already being 91 years old, Zod Exarion has the appearance of a man in his 30’s.

His personality is calm and cheerful. He shows a special affection for Desir because of his passion for chess.

Zod Exarion became the Master of the Tower of Magic at the age of 20 after he developed the Enchant technique.

3 years into the Shadow Labyrinth, Zod Exarion discovered mana resonance this event overturned his fundamental understanding of magic engineering. From there, he kept expanding on his theory, eventually allowing somebody to use a magic crystal without the Enchant method.

This discovery led to humanity acquiring techniques to survive in the Shadow Labyrinth. Driven into a corner, humanity had no choice but to innovate and bring these discoveries to light.

During the Attack on Deltaheim, Zod was held back by Crow Mask.

Attack on the kingdom of Divide

During the attack Zod led one of the three groups tasked with destroying the eastern tower. The other two where Priscilla (and the Holy Paladins/ southern tower) and Dodape (and the northern warriors/ northeastern tower), while the unit led by Desir headed to Pittsburgh. During that fight he had a rematch with the homunculus (newer version) and won.

Attack on the Tower of Magic

Priscillas attack on the Tower of Magic caught the magicians off guard and helpless because of the use of the artifact Choir´s Chorus, which limits the movement of mana. After Zod had brought everyone to safety he faced Priscilla and four of her Holy Paladins alone, while being under the pressure of the artifact. The battle resulted in Zod reaching the Eight Circle and died shortly afterwards.

In both lifetimes, Desir was his companion and his greatest friend. Together they went through thick and thin, always pushing on another to their best. Zod trusted Desir more than anyone else in the world and it can be said that he was the only person who he could talk with over all sort of things.

In the record after his death Zod told Desir that, if he had a son, he always hoped that he would have been like Desir. At that point Desir hinted, that he felt the same way.

Desir never got to tell Zod about his alternate life but Zod knew that his friend can use the language of the dragons.

Zod had meet Priscilla during a Grand Council more than a decade ago and since then been extremely closed friends with. He even considered that she could be the traitor but couldn't believe it and therefore dismissed the idea. Even after the truth was revealed, he longed to believe that Priscilla felt guilty and wanted to understand her actions.

In the end, he had to accept that the Priscilla he knew no longer existed which left him despondent over the loss. 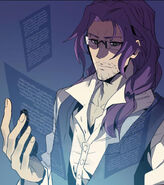 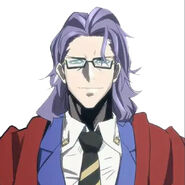 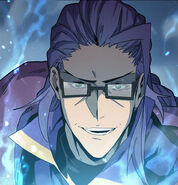 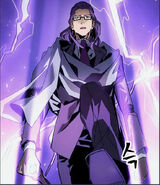